What’s in a Name? The Tradition of Naming Boats

It's been a while since we posted any requests for boat naming assistance or other tidbits about boat names. So, when freelance writer Tom Rokins offered to contribute a piece about the history of naming boats, we thought this would be a great opportunity to jump start our activity again and hopefully continue our regular posts.

What’s in a Name? The Tradition of Naming Boats
Guest post by Tom Rokins

As boating enthusiasts, we share a lot of things, but the one thing we will always have in common is the naming ritual. It’s one of the first things we do when we finally get our hands on that shiny new boat – thinking up a suitable name, getting out the paints and inscribing the chosen moniker on the bow (or getting a professional to do it, either way!).

Some of us put a lot of thought into what name we give our boats; well, she’s going to be a new addition to the family, is she not? And, if you’re lucky, she’s going to be with you for many years, so you don’t want to give her a name you might end up disliking; you want something perfect.

But have you ever thought about why we do this? Apart from “it’s nice”, I mean. Let’s take a look!

The History of the Tradition
The tradition of christening a boat dates back centuries – before the Christianity that gave birth to the word “christen”, in fact. We can see it as far back as the Ancient Greeks, who originally began doing it for that ubiquitous reason: fear. 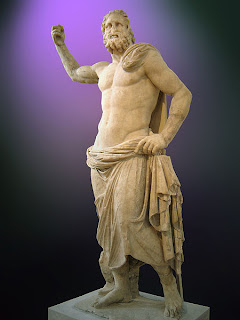 Fear and superstition led to naming and blessing a boat, in honour of the god of the sea, Poseidon. The seas make for a dangerous place, even now. Despite all our advances in technology, they are still somewhat unpredictable, and many people lose their lives at sea.

As you might imagine, seafaring was even more risky a couple millennia ago. By asking Poseidon for protection, the Greeks believed they would be protected from harm on the waves.

Nowadays we break a bottle of champagne over the bow during the ceremony. This comes from the Christian boat christening, which would use wine. However, the Greeks would hold big gatherings, a blessing from a priest, and a pouring of water over the boat. We can still see a lot of this today. Any deviation from this routine was considered bad luck, goading the gods into punishing you.

Often, the ships were named after the god, so it wouldn’t be surprising to see a ship called Poseidon, but this changed over time: over gods came into the equation, or the ship would be named after its builder; Jason’s Argo after Argos, for example.

What Are the Most Popular Boat Names?
According to the Daily Boater, the top ten boat names of 2013 are as follows:


As you can see, many of these are about what the owner of the boat hopes to get from sailing: seizing the day, escaping the drudgery of the everyday, gaining inner peace. We do have a link to the gods as well – Orion was the child of Poseidon, who became a constellation after death (Sirius, the Dog Star, was Orion’s dog). So we haven’t changed too much in a couple thousand years!

It’s not only the larger boats that we name – not even lifeboats escape the practice! In the UK, Robert Thomas donated £150,000 for to the RNLI for lifeboats and lifeboat equipment, and was able to name the new boat. He named her the Norma T., after his wife!

This lifeboat has since been put into service, and is frequently saving lives on the Solent strait, between England and the Isle of Wight. Robert says it is “very exciting” that Norma is rescuing people.